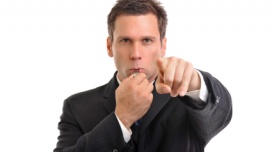 Each year the government loses billions of dollars due to fraud and misconduct of companies and organizations. To combat this, the U.S. Congress enacted the False Claims Act (“FCA”). The FCA works with amazing efficiency by encouraging private citizens to police for fraud against the government by offering tremendous rewards.

The FCA was enacted by the U.S. Congress during the Civil War to respond to widespread fraud in the procurement of weapons and materials for the Union Army. The FCA contains qui tam (pronounced “key tam”), or whistleblower provisions. This is a mechanism which allows citizens with evidence of fraud against Federal government contracts and programs to sue, on behalf of the Federal government, in order to recover the stolen funds.

Under the FCA, those who knowingly submit, or cause another person or entity to submit, false claims for payment of government funds are liable for three times the government’s damages plus civil penalties. The FCA explicitly excludes tax fraud. However, the Internal Revenue Service has its own whistleblower statute which provides for a substantial finder’s fee to informants. Since 1986, the United States has recovered nearly $50 billion under the FCA. Much of this money was recovered by whistleblowers who sought the protections of the qui tam provisions contained within the FCA.

In compensation for the risk and effort of filing a qui tam case, the citizen whistleblower or “relator” may be awarded a portion of the funds recovered, typically between 15% and 25%. Since the False Claims Act was amended, more than $35 billion has been recovered by the government as a result of qui tam lawsuits.

Qualifying for an award under the FCA is not easy. You first must file a lawsuit alleging how the government has been defrauded by the subject wrongdoer. But before you do so, you also must make sure the information about the fraud your claiming has not been made public, i.e., in the news or already known to the government. A qui tam suit initially remains under seal for at least 60 days during which the Department of Justice can investigate and decide whether to join the action. Typically, it is left up to you, the relator, and your attorneys to convince the government’s attorneys that there in fact was a fraud perpetrated on the taxpayers, the fraud is provable, and the harm caused by the fraud is quite significant. If the government declines to intervene in the relator’s action, the relator has the right to conduct the action on his own.

If you are aware of public entities, private companies and/or persons who have acquired federal monies through fraud, do not hesitate to contact the attorneys at Mashel Law, LLC. by calling (732) 536-6161 or fill out the contact form on this page. Mashel Law located in Marlboro, New Jersey, is dedicated exclusively to protecting the rights of employees