Non-Compete Restrictions Are Enforeceable Only if Reasonable 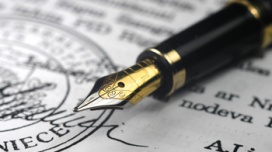 Although not favored in the law, anti-competition restrictions will be enforced by a court if they are found to protect the legitimate interests of the employer, are not unduly burdensome on the employee (i.e., are reasonable as to time, area and scope of activity), and are not injurious to the public (i.e., unduly stymies market place competition). Even if a non-compete agreement is found to be enforceable, the court may exercise its inherent equitable powers to limit the agreements application concerning its geographical area, its period of enforceability, and its scope of activity.

A. To Be Enforceable, a Non-Compete Agreement Must Serve an Employer’s Legitimate Interests.

Courts have found that an employer’s legitimate interests are generally the strongest in cases involving employer’s trade secrets or confidential information. Moreover, while an employer may not prevent competition, it may be found to have a legitimate interest in protecting its customer relationships. However, it is the employer’s burden to establish that the customer information it seeks to protect was not common knowledge in the industry; such information as a general rule is not protectable.

The scope and duration of the non-compete restriction is also relevant to determining whether it goes beyond merely protecting legitimate employer interests. What is reasonable as to time and scope is generally fact sensitive and will be determined by the courts on a case by case basis. Thus, a non-competition agreement of only a 1 year duration would more likely be enforced by a court while one lasting 5 years likely won’t. Nonetheless, a post-employment restraint which extends geographically beyond where the employer generally does business will likely not be found enforceable.

B. A Non-Compete Must Not Cause an Employee to Suffer Undue Hardship

Personal inconvenience and financial hardship to the employee alone are not enough to prevent enforcement of a non-compete restriction. What the court is most interested in regarding a claim of undue hardship are: 1) the reasons for the employee’s separation from employment, and 2) the likelihood of the employee finding work elsewhere in the same field. As to the first factor, a court may be less inclined to enforce a non-compete where the separation from employment was involuntary as opposed to voluntary. Also, if the reasons for the employment termination rests on the ill motive or unlawful actions of the employer, than the non-compete will likely be unenforceable. As to the second factor of an employee being able to find employment elsewhere in the field, as a general rule the longer the duration, and the broader the geographic reach and subject matter covered by the agreement, the less likely it will be found to be enforceable.

C. A Non-Compete Must Not Cause Injury to the Public

Courts are concerned as to whether a non-compete restriction will impair the flow of goods and services to the public, the effect of non-enforcement on corporate research and development investment, and its potential impact on individual initiative.

D. Consult With a Lawyer Regarding Your Non-Compete Sooner Rather Than Later.

it is critically important for you to consult with an experienced employment lawyer before deciding what to do. If you want to know how best to handle the non-compete restriction you are faced with, do not hesitate to call (732) 536-6161 the attorneys at Mashel Law or fill out the contact form on this page. Mashel Law, located in Marlboro, New Jersey, is dedicated exclusively to protecting the rights of employees.