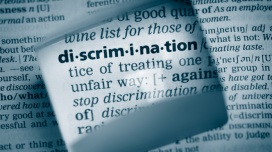 Race or color based discrimination is the practice of letting a person’s race or skin color unfairly become a factor when deciding who receives a job, promotion, or other employment benefit. Although race or color discrimination often involves persons of color claiming that they have been unfairly discriminated against in favor of a Caucasians (or white) persons, cases where whites have claimed that reverse discrimination has occurred have grown in frequency—that is, a person of color received unfairly favorable treatment at the expense of a white individual.

A person’s race or color can also be the cause of a hostile work environment. When a black plaintiff alleges racial harassment under New Jersey’s Law Against Discrimination (LAD), she must demonstrate that the defendant’s conduct: (1) would not have occurred but for the employee’s race; and the conduct was (2) severe or pervasive enough to make a (3) reasonable African American or person or color believe that (4) the conditions of employment are altered and the working environment is hostile or abusive.

Our State Supreme Court has declared that racial insults, relying as they do on the unalterable fact of the victim’s race and on the history of slavery and race discrimination in this country, have an even greater potential for harm than other insults.  Accordingly, even one racial epithet used by a supervisor in the presence of an employee (even if not directed at him or her) serves as a sufficient basis upon which to pursue in court a claim of race discrimination under New Jersey’s Law Against Discrimination (LAD). For example, in one case our New Jersey Supreme court found that a single instance of a white County Sheriff having referred to a black subordinate officer as a “jungle bunny” was sufficiently severe so as to have created a hostile work environment for the black officer.

Workplace discrimination laws cover unfair hiring practices, hostile work environment, dismissals, unequal compensation, and all other aspects of employment. Examples of acts of racial discrimination covered under the law include:

The law is clear that an employer is strictly liable for damages caused by the unlawful harassment committed by supervisors, by non-supervisory employees and in some instances by third parties if the employer knew or should have known about the conduct, had control over the harasser, and failed to take prompt appropriate corrective action

Remedies for racial discrimination include hiring or reinstating the victim, disciplining, transferring, or firing the harasser(s), providing back pay and/or front pay, and taking preventative and remedial measures at the workplace. An employer will be liable for compensatory damages such as emotional distress damages if the employer’s conduct was negligent or reckless.  An employer can be liable for punitive damages in the event of actual participation by upper management or willful indifference.   Additionally, for a claim brought under LAD, the prevailing party plaintiff may be awarded reasonable attorney fees and costs.

If you believe you are the victim of race discrimination in the workplace, do not hesitate to contact the attorneys at Mashel Law, L.L.C. Mashel Law located in Marlboro, New Jersey, is dedicated exclusively to protecting the rights of employees.