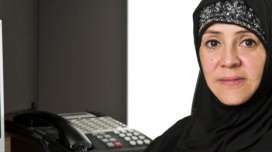 New Jersey law protects not only people who belong to traditional, organized religions, but also others who have sincerely held religious, ethical or moral beliefs. Religious discrimination can also involve treating someone differently or hostilely because that person is married to someone of a particular religion or is affiliated with a particular religious organization or group. The lawyers at Mashel Law represent employees who suffer discrimination due to their religious beliefs.

Harassment can include offensive verbal or written remarks about a person’s religious beliefs or practices. Although the law doesn’t prohibit scattered remarks such as occasional teasing, or an isolated comment or incident that is not of a very serious nature, harassment is unlawful when it is so frequent or severe that it alters for the worse a victim’s conditions of employment, or when it results in an adverse employment decision such as the victim being fired, demoted, transferred or subject to an unfavorable shift change.

The law also prohibits discrimination based on religious attire or grooming practices. These might include, for example, wearing particular head coverings or other religious dress (such as a Jewish yarmulke or a Muslim headscarf), or wearing certain hairstyles or facial hair (such as Rastafarian dreadlocks or Sikh uncut hair and beard). It also includes an employee’s observance of a religious prohibition against wearing certain garments (such as pants or miniskirts). Discrimination of this sort may include assigning an employee to a non-customer contact position because of actual or feared customer preference. Additionally, an employee cannot be forced to participate (or not participate) in a religious activity as a condition of employment.

Employers and other covered entities must reasonably accommodate an employee’s religious beliefs or practices, unless doing so would cause more than a minimal burden on the operations of the employer’s business.

Examples of some common religious accommodations may include:

An example of an employer’s need to attempt in good faith to reasonably accommodate an employee’s religious beliefs is found in a case involving a born-again Christian who sued his former employer under the New Jersey Law Against Discrimination for failing to reasonably accommodate his religious beliefs by forcing him to work on Sundays, his Sabbath. In reversing a trial court’s grant of summary judgment in favor of the employer, our New Jersey Appellate Division accepted the plaintiff’s argument that the employer “failed to reasonably accommodate his religious observance or practice by allowing him to work overtime on days other than Sundays, and that such an accommodation would not impose an undue hardship on its business.” Similar to this situation, the attorneys at Mashel Law in the past and currently represent Seventh Day Adventists in claims against employers who have denied them the accommodation of needing off on Saturdays, the day of their Sabbath.

If a victimized employee prevails at trial, he or she is entitled to compensatory damages in the form of both economic damages (back pay and front pay) and emotional distress damages, as well as the payment of costs and reasonable attorney’s fees. A successful employee’s attorney may also apply for a fee enhancement to reflect the risk of non-payment in cases in which the attorney’s compensation entirely or substantially is contingent upon a successful outcome which ordinarily range between five and fifty percent of the attorney’s court approved hourly rate.

The attorneys at Mashel Law are ready to help if you believe you have been victimized due to your religious beliefs. Do not hesitate call us at (732) 536-6161 or fill out the online contact form found on this page.